A cholangiogram is a diagnostic test used to evaluate the gallbladder and bile ducts, which is the ductal system that connects the liver, pancreas, and gallbladder with the intestine.  Bile refers to the greenish-brown fluid made that aids digestion and is secreted by the liver and stored in the gallbladder.  A cholangiogram can be done in several different ways and often uses X-rays and a radiopaque contrast medium to opacify the ductal system.

Bile ducts consist of  intrahepatic (within the liver) and extrahepatic (outside of the liver) ducts which can get obstructed for various reasons.

Cholangiography refers to the imaging of the ducts but can be done in several different ways:

When is a cholangiogram requested?

Cholangiography is usually ordered in people who have suffered biliary colic, pancreatitis, have yellowing of the skin (jaundice) or have pain in the upper right part of the abdomen, have a known obstruction of a bile duct and in those who after having an ultrasound (a test that can show biliary ductal dilatation) some anomaly is observed that raises suspicion for some pathology related to the bile duct: biliary ductal dilation, a stone that obstructs the outflow of bile or a bile duct tumor. Endoscopic retrograde cholangiography can also be indicated when you want to evaluate the pancreatic duct as well as the bile ducts.

Additionally patients taking metformin and receiving intravenous contrast medium such as with IV cholangiography or percutaneous transhepatic cholangiogram should stop taking it per the practitioners protocol.

What are the risks of a cholangiogram?

Adverse effects may be due to allergies to iodinated contrast or the development of acute renal failure due to contrast, both rare complications, generally in people with previous kidney problems.

Endoscopic retrograde cholangiography has a risk of producing pancreatitis as a reaction to contrast injected backward from the common bile duct. In addition, if a therapeutic procedure is performed, there is a risk of intestinal bleeding or intestinal perforation.

How is a cholangiography performed?

The test is usually performed after the patient is admitted to hospital but can also be performed on an outpatient basis.

Before starting the test, a sedative drug is administered intravenously, so that the patient is more comfortable, producing a state of drowsiness.

ERCP test is started by orally introducing a duodenoscope, a thin and flexible tube with a camera and light at its end and lateral vision, passing through the esophagus, the stomach until it reaches the first portion of the small intestine, the duodenum.

Through the duodenoscope, tools can be inserted that allow samples to be extracted for analysis or treatment. The common bile duct and pancreatic duct flow into the duodenum. It is common to make a small cut (sphincterotomy) to facilitate access to the ducts with a cannula (another small tube) through which a contrast is injected. This contrast enhances the tissues in their visualization by obtaining X-ray images, with which the endoscopist can detect if there is any type of alteration in them and perform, if necessary, the therapeutic techniques that must be applied.

The duration of endoscopic retrograde cholangiography ranges from 45-60 minutes.

Percutaneous transhepatic cholangiography on the other hand is performed by advancing a fine needle puncture into the liver.  The needle is passed through the  abdominal wall in the upper upper quadrant, in order to inject the contrast directly into the biliary tree through the liver. Thus, the bile ducts are visualized through X-ray imaging tests.

What is an MRI cholangiogram?

MR cholangiogram is a non-invasive diagnostic imaging test, which allows visualizing of the ducts, through the use of radiofrequency waves, images of the bile duct, gallbladder, pancreatic duct and pancreas.

MR cholangiography can be performed with or without contrast.

What is an ERCP? 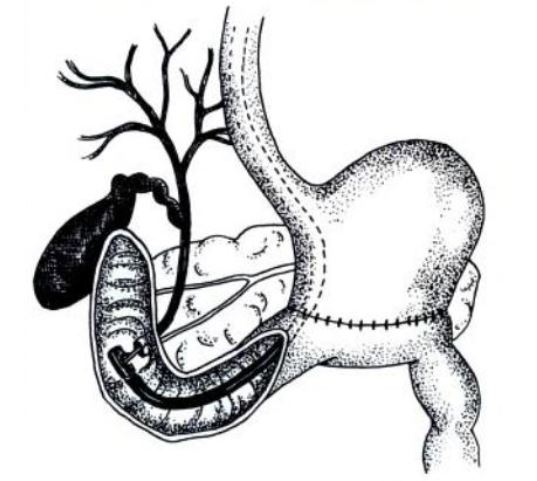 ERCP or Endoscopic Retrograde Cholangiopancreatography is a diagnostic test that visualizes the bile ducts, gallbladder, pancreatic duct and pancreas by performing an endoscopy, that is, the introduction of a small flexible tube with a camera at its end (endoscope) through the mouth.

Through this tube, a small cannula can also be introduced which, once the area where the pancreatic duct and the bile duct open (Vater’s ampulla) is located, is inserted into it. Through the cannula, a contrast is administered that diffuses through all the ducts and, by performing a static or dynamic X-ray, these ducts and their possible alterations are seen in images.

PTC is an invasive procedure which is performed by placing a needle through the skin into the liver accessing the bile ducts directly.  Through this route Chol angiographic images of the biliary tree can be obtained and procedures such as biliary drain placement or biliary stenting can be performed when ERCP fails.  Common indications for PTC are in patients with Biliary stenosis, and bilio-intestinal anastomosis in whom ERCP cannot be successfully performed.  Pts who have fever and sepsis due to cholangitis are not contraindications for PTC, because biliary drainage for relief of obstruction and biliary diversion in patients with postoperative complications are therapeutic. The presence of a small or moderate amount of ascites is a relative contraindication. However, PTC may be performed if significant benefit is anticipated from the procedure. Abnormal blood clotting parameters and severe ascites are contraindications for PTC.  PTC can be performed safely if the prothrombin time and partial thromboplastin time are not prolonged by more than 25% of the control values and if platelets are normal.

Alternatively, fresh frozen plasma and platelets are given at the time of the procedure

Most patients referred for PTC have completed an extensive workup for the differentiation of the type of jaundice and determination of the site of obstruction. Such a workup includes liver function tests, abdominal ultrasonography, computed body tomography (CT), and, in some cases, ERCP Although clinical assessment can differentiate between obstructive and nonobstructive jaundice in 75 to 50% of cases,” liver function tests may be normal in some patients with biliary obstruction Both ultrasonography and CT are used for demonstration of ductal dilatation and identification of the site and etiology of obstruction. Under optimal conditions, ductal dilatation may be demonstrated by ultrasound in as many as 90% of cases. An accuracy of 97% (for level) and 94% (for etiology) of the obstruction

What is intraoperative cholangiography?

Intraoperative or peroperative cholangiography is the one that It is performed during the surgical procedure, by injecting a contrast directly into the bile ducts to study the biliary tree.

A papillotomy is an incision (cut) that is made in a part of the small intestine (duodenal papilla) to remove a gallstone (stone) from the bile duct, when it has been identified obstructing the duct by means of an ERCP.

What is an endoscopic sphincterotomy?

Endoscopic sphincterotomy is the making of an incision (cut) of the sphincter of Oddi ( exit of the bile duct and the pancreatic duct to the duodenum).