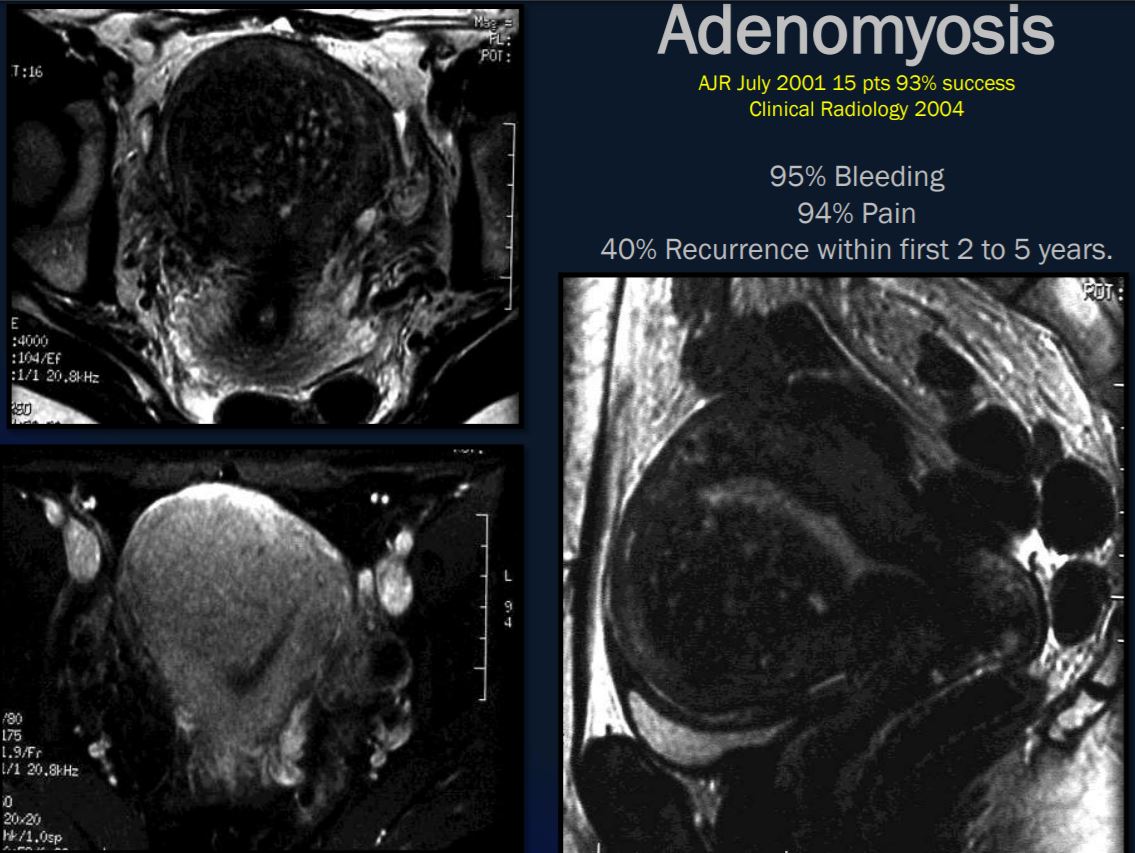 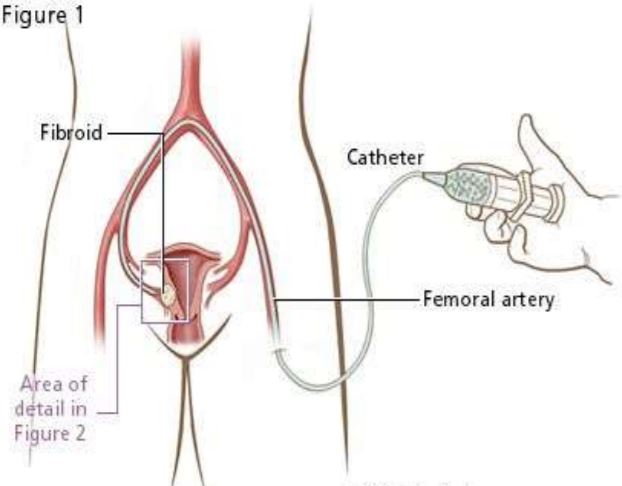 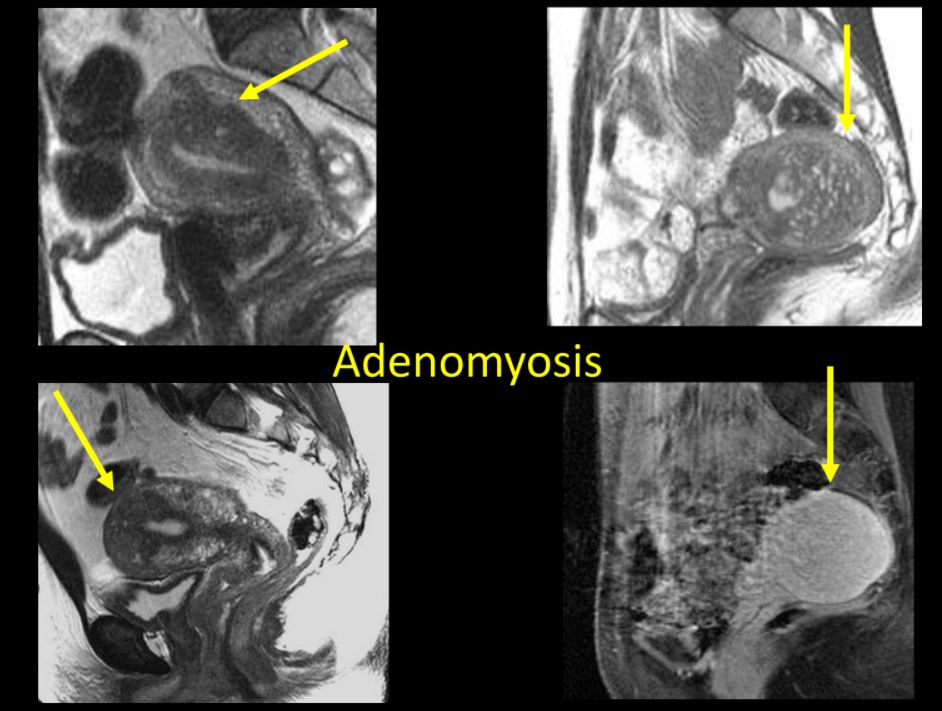 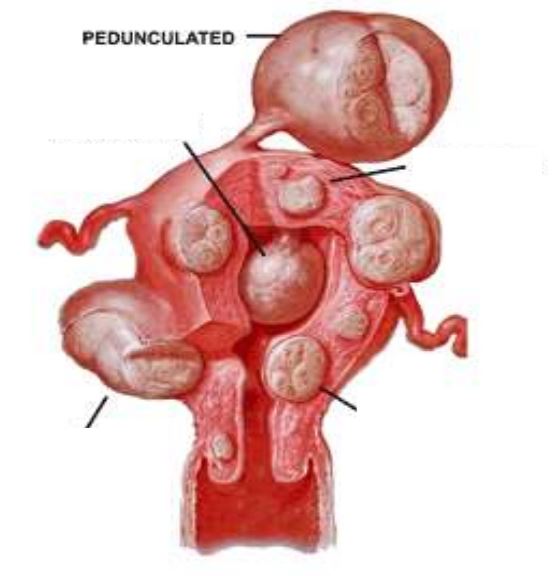 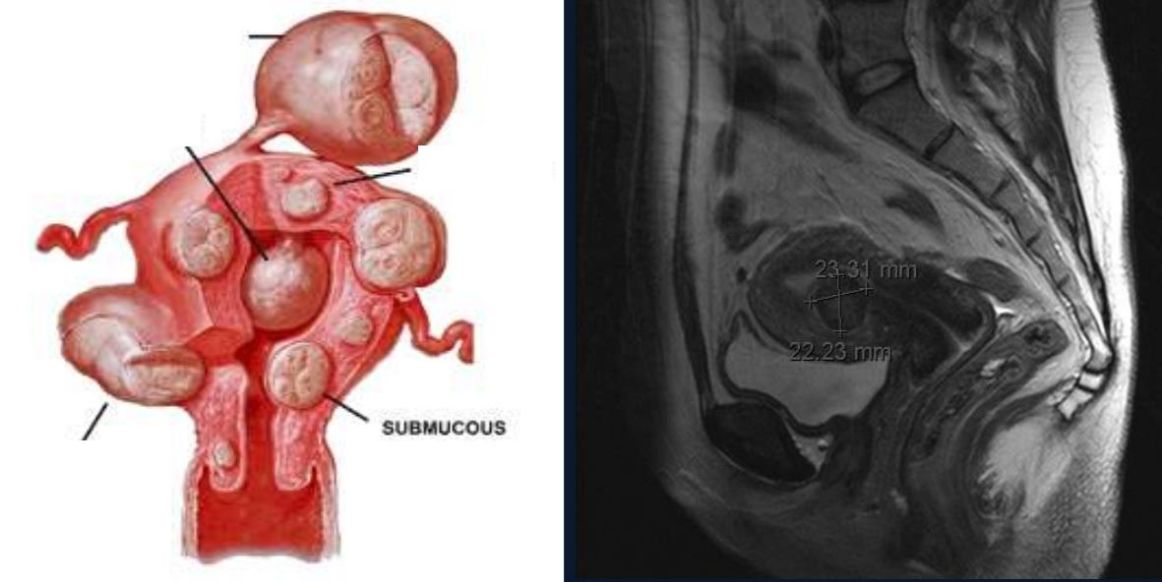 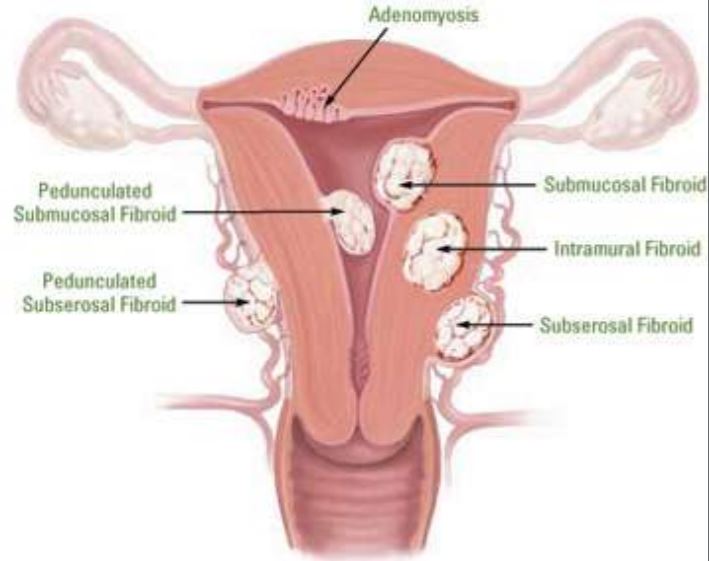 Uterine leiomyomas (also referred to as fibroids or myomas) are the most common pelvic neoplasm in females. Fibroids are noncancerous monoclonal tumors arising from the smooth muscle cells and fibroblasts of the myometrium. They arise in reproductive-age females and, when symptomatic, typically present with symptoms of abnormal uterine bleeding and/or pelvic pain/pressure. Uterine fibroids may also have reproductive effects (eg, infertility, adverse pregnancy outcomes).

Uterine fibroids are benign, hormone-dependent neoplasms (benign tumors) of the myometrium, which mainly consist of smooth muscle cells and are therefore classified as leiomyomas (from Greek leíos = “smooth” and mys = “muscle”). The leiomyoma is usually a nodular, encapsulated, round tumor. Fibroids can occur individually (solitary fibroids), but they are often distributed in large numbers in the uterus, which are then referred to as myomatosus uterus/fibroid uterus.

Fibroids were first described in 1973 by the British pathologist Matthew Bailey, and at the present time, uterine fibroids are one of the most common gynecological diseases.

The size of a fibroid can vary, some grow up to 20 centimeters and in individual cases can grow to simulate a pregnancy in the 5th month.

Causes and risk factors for the development of uterine fibroids

Although the exact cause is not yet fully understood, it has been established that both estrogen and progesterone play a key role in the development of fibroids. Some studies suggest that estrogen inhibits the tumor suppressor gene p53 in myoma tissue. This leads to an unchecked proliferation of the cells with an increase in the size of the myoma.

Presumably there is also a genetic predisposition for the development of uterine fibroids. It is believed that there are at least 145 different genes that influence the development of fibroids. Among other things, these genetic factors regulate the effect of hormones in the formation of myoma.

Some associated risk factors include:

The growth of fibroids is multifactoral and along with hormonal factors which effect fibroid growth a certain role is played by hereditary predisposition. There is also an immune theory for the growth of fibroids: the rapid growth of fibroids is observed with pronounced immune disorders that contribute to increased cell growth, angiogenesis and inflammation. Various growth factors play an important role. Damage to the structure of the uterus: curettage, inflammation, mutations – lead to the expression of growth factors and increase the risk of uterine fibroids and endometrial pathology. Myoma of the uterus can proceed for a long time without pronounced clinical manifestations.

Myoma is one of the most common benign tumors in women. Postmortem, fibroids can be detected in 25% of women over the age of 30. The frequency peak is between the ages of 35 and 45.

The prevalence increases with age up to menopause. Fibroids are also known to be more common in African Americans and do not occur in postmenopausal women. In addition, fibroids are more common in nulliparous women (women who have never given birth) than in women with children.

The prevalence of leiomyomas increases with age during the reproductive years . Leiomyomas have not been described in prepubertal girls, but they are occasionally noted in adolescents. Most, but not all, patients have shrinkage of leiomyomas after menopause.