Kybella – Melt away your double chin

Kybella – Melt away your double chin

Unwanted accumulation of fat under the chin can be reduced with the help of the secondary bile acid deoxycholic acid now marketed under the name Kybella.

There have been several studies demonstrating Kybellas efficacy in treating a double chip.  One recent study presented at the 71st annual meeting of the American Academy of Dermatology (AAD). The synthetic deoxycholic acid formulation promotes the breakdown of submental fat, presumably with the participation of macrophages.

The research team examined 165 study participants from 21 centers. With a 30 G needle, microinjections of 2 mg / cm2 deoxycholic acid were injected into the area below the chin at 2 mm intervals. This treatment was repeated up to 6 times at intervals of 28 days.

Doctors and patients were asked after each treatment and then 3 months after the last injection using a validated scale – subdivided into light, moderate and severe – to give their assessment of the appearance of the submental fat present.

The drug Kybella is a synthetic form of deoxycholic acid which is a naturally occurring acid within the body. The acid helps fat to digest and thus helps in the breakdown and utilization of our food. The new drug contains a synthetically manufactured version of this bile acid and helps to shrink the fat cells under the chin . This is done very simply: The cell walls of the cholesterol cells are loosened so that the fat can be liquefied to allow for removal.

after the fat is liquified the body’s phagocytes are used to remove the liquefied fat. After this process these fat cells cannot build up again , they have been disposed of permanently . In the US, over 75 percent of Kybella patients report being extremely enthusiastic, because the success rate of this treatment has thus far been quite high. The agent has a unique effect against unwanted fat deposits and its mode of action cannot be compared with any other drug used to date.

In addition, 83% of the patients described the effect as a “significant improvement” at the follow-up examination. Patients also stated that they felt less impaired, less inhibited and younger. Some patients even felt like they had lost weight even though their BMI and weight were the same.” Most patients (86%) said they were “at least somewhat satisfied” with their appearance, and 94% were “at least somewhat satisfied.” “With treatment.

Tighter instead of sagging skin

The elasticity of the skin after the fat cells have been removed is always of interest in such treatments. According to the researchers, around 96% of patients rate the condition of their skin as either unchanged or even improved.

It’s not just the removal of fat cells that is important to us. From a histological point of view, collagen septa formation occurs after 28 days, which in part contributes to the tightening of the skin in the affected skin areas.

The results are impressive, and the effects also seem to be lasting. We hope to expand the indication to include the facial region below the eyes, the arms, abdomen, knees and other areas of the patient’s body in the coming years.

What is involved? Double chin treatment without surgery

Between 25 and 50 small injections must be made so that the double chin can be effectively treated and reduced. The syringes contain deoxycholic acid and deliver it directly into the fat cells where it can begin its work. The treatment itself is short and generally painless, including preparation and follow-up, a session is limited to around 20-30 minutes.

Prior to the procedure a comprehensive consultation with a doctor takes place to discuss benefits, risks and alternatives of the procedure along with answering any lingering questions.  It is important to know that post procedurally there is some degree of swelling which can last 3-5 days.

This swelling is gone after this period & the fluid is transported away by the lymphatic system. The skin usually tightens itself due to its elasticity. 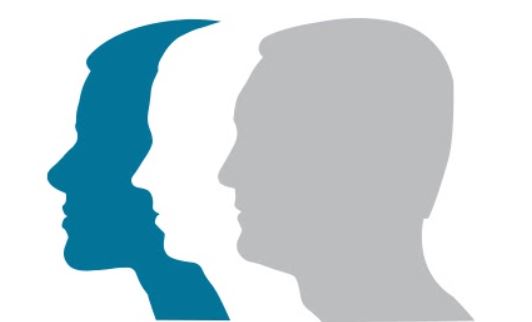 The Kybella treatment requires 2-4 sessions , depending on the type of double chin , before a definitive lasting success can be achieved. But the first improved symptoms appear after the first session and are noticeable after four weeks (up to 30%). The double chin begins to shrink visibly.

Now it is time for the next session, with the individual treatments at least four weeks apart. The reason: Only then can the effect really be assessed and the renewed treatment perfectly tailored to it. Usually two to four sessions are necessary to make the double chin a thing of the past. If you are satisfied with the result, no further treatment is required.

Kybella Cost/How much is Kybella

In a review of costs nationwide we found that physicians are charging from $1,000-$2,400 per treatment with most patients requiring 3-4 treatments for a double chin.  This totals anywhere from $3,000 on the very low side to $9,600 on the high side with an average somewhere closer to $6,000 for the full treatment.  The reason for this variability in pricing is the difference in number of treatments and vials of Kybella needed per treatment for a double chin.  Men tend to require more treatment with more vials of Kybella used during each treatment.

How long does kybella last?

The procedure essentially permanent as Kybella destroys fat cells and these fat cells will not be able to ever reaccumulate fat.

Kybella is injected into the adipose tissue under the chin. The course of treatment can be up to 50 injections. Patients can undergo up to 6 cycles of treatment with intervals between courses of at least one month although we generally see patients only requiring up to 4 treatments when injections are appropriately paced. The drug is available in ampules for single use and should not be diluted or mixed with other drugs.

The safety and efficacy of Kybella in the elimination of fat under the chin was established in two clinical trials involving 1,022 adult patients with moderate to large amount of fat in the area commonly referred to as a double chin. Participants were randomly assigned to groups: some received the test drug and others received a placebo over 6 treatment courses. The results showed that a significant reduction in double chin was observed in patients receiving Kybella.

The drug can cause serious side effects though, including damage to the jaw nerve, which can cause a “crooked” smile or weakness in the facial muscles, and difficulty swallowing. These are very uncommon and the most common side effects of Kybella include swelling, bruising, pain, numbness, redness, and induration in the treated area.

Kybella should not be used in areas other than the chin as of yet, as well as in case of infections at the injection site. Also, the drug should be used with caution to treat patients who have previously undergone surgical or aesthetic treatment of the area under the chin.

Although we have not had serious complications with this procedure we would be remise if we didn’t discuss some of the potential complications and some complications we have come across at conferences and from other center.

Sometimes there is slight swelling of the treated areas, which regress completely after two to three weeks. Even slight redness and pain are a rarity. For some patients, arnica applications (as globules or tincture) are sufficient for pain relief. This is because the discomfort associated with the procedure is generally minor.

Parasitic sensations, induration or sensory disturbances are even rarer. These risks are only mentioned for the sake of completeness. They are not to be expected during treatment by us, as the injection is only carried out by trained specialists.

The remedy is well tolerated, allergies are not common and have not as of yet been reported.